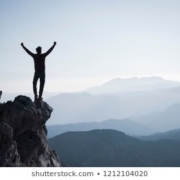 “I’m good enough, I’m smart enough, and doggone it, people like me!” Many of you might recall Stuart Smalley, the self-help-obsessed pathetic character on Saturday Night Live who repeated that mantra to himself constantly. Smalley suffered from a profound lack of self-esteem. But my guess is, we all have a little “Stuart” in us.

The fear that we’re not good enough affects many, although it shows up differently for each of us. Some may compensate by displaying overconfidence, others might
go into workaholic over-achiever mode; for others it shows up as endless comparisons; and for many it means not taking a risk. I call that risk aversion, and it’s this aspect of under confidence that I’d like to focus on. Many of us don’t take risks because we fear failure.

I’ve seen articles that advocate celebrating failure. I think that’s a stretch. As a child, failure in school usually meant I was grounded or my teammates felt I’d let them down. Personally, I wouldn’t mind never failing again, even though I recognize it’s always a learning opportunity. I don’t like it, but I no longer fear it. One of my goals is to be independent of the good or bad opinion that others think of me. Although I’m far from that goal, I’ve gotten a bit closer. Yes, I still care, but what I realized is that the critics aren’t usually the ones who are taking risks themselves. They are too busy judging.

A recent example of this relates to this blog. One of my mentors, John Collins, built a writing program (Collins Writing Program) that for over 30 years has improved students’ written communication skills and helped thousands of teachers to become better teachers of writing. For obvious reasons, I have hesitated to send him my writing. Last week I took a risk and forwarded him two of my past blogs. Radio silence for days. I kicked myself for sending them his way. And then, flashing in my voicemail was a message from John, one that I’ve replayed multiple times. “Lisa, you sent me two blogs, I loved the last one so much that I sent it to all my kids, which I never do. Keep sending me that blog, I just love it.”

And do you know why he left that message? Because he’s spent the greater part of his life taking risks. He followed his dream to build a business, leaving behind the security of the classroom and the promise of a pension. He knows what it’s like to stand in front of a room full of tired, overwhelmed teachers and keep them engaged during professional development days. He’s written books and shared his program internationally. The result? He’s made more of a difference in education than he ever could have if he had remained a high school English teacher. His work has reached millions of students and thousands of teachers.

There it is, that’s the secret. You have to have the courage to take a risk. 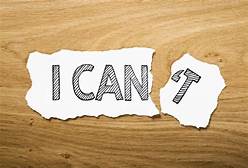 Here’s my process to grow your confidence.

1. Be specific about something you want to achieve.
2. Plan, and visualize what it will look like once it’s done.
3. Begin: Seriously, just take action. Any small step will do.
4. Practice: Be present while you practice, giving the task your full attention, get feedback from a coach or mentor.
5. Know that perfection is the enemy of productivity.
6. Take a risk, try one difficult thing a week that moves you toward your goal.
7. If you fail, begin again.

The research on neuroplasticity indicates our brains continue to change over the course of our lives. If we keep at it, we can make our brains more confidence-prone. Success correlates just as closely with confidence as it does with competence; and by taking action and practicing, confidence can be developed.

Behind every dream unattempted, every business unlaunched, and every book unwritten, is a missed opportunity. What would you do if you knew you wouldn’t fail? Have a dream? Need some inspiration? Due to the work at home situation I can now coach up to two more clients. Contact me at lisa@practicingpresence.life for more information.

Confession: I sent the paragraph about John to John’s Associate Gary to proof. I’m a work in progress and I know when to get some coaching.

“It is not the critic who counts; not the man who points out how the strong man stumbles, or where the doer of deeds could have done them better. The credit belongs to the man who is actually in the arena, whose face is marred by dust and sweat and blood; who strives valiantly; who errs, who comes short again and again, because there is no effort without error and shortcoming; but who does actually strive to do the deeds; who knows great enthusiasms, the great devotions; who spends himself in a worthy cause; who at the best knows in the end the triumph of high achievement, and who at the worst, if he fails, at least fails while daring greatly, so that his place shall never be with those cold and timid souls who neither know victory nor defeat.”
― Theodore Roosevelt 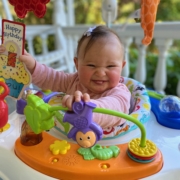 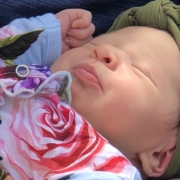 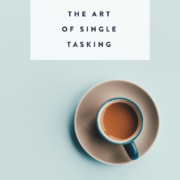 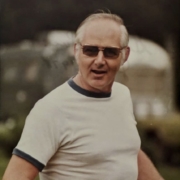 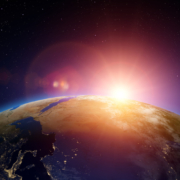