“Your genetics load the gun. Your lifestyle pulls the trigger.”
Dr. Mehmet Oz

Every sixty-five seconds another person develops Alzheimer’s disease; and of these newcomers, roughly two-thirds will be women.

Of all the challenges to brain pain, nothing compares to the unprecedented scale of Alzheimer’s disease, which is the most common form of dementia, currently affecting 5.7 million people in the United States alone. With rates increasing at the recurrent rate, the disease will almost triple by 2050. We are facing nothing less than an Alzheimer’s epidemic. The disease rivals the current pandemic. Why don’t we hear about exercising our minds as frequently as we hear about the importance of exercising our bodies? Trust me, having a healthy body with a mind that no longer functions isn’t a life you want. I witnessed that first hand.

Recent population-based studies estimate that at a minimum, one-third of all Alzheimer’s cases could be prevented by attending to key medical and lifestyle shifts. These shifts include a different approach to diet and exercise, conscientious intellectual and social engagement, and stress reduction. One way to reduce stress is to focus on one task at a time. Rather than mindlessly getting through the days, we can mindfully live each moment. Juggling multiple balls (multi-tasking) is often seen as a sign of accomplishment. It’s the opposite. It’s bad for brain health. We are training our minds to have continuous partial attention, and our attention is being fragmented

What Is Multitasking?
• Performing two or more tasks simultaneously
• Switching back and forth from one thing to another
• Performing a number of tasks in rapid succession
It was long believed that cognitive impairment from multitasking was temporary, but new research suggests otherwise. Researchers found that high multitaskers had less brain density in the anterior cingulate cortex, a region responsible for empathy as well as cognitive and emotional control.

What Can you Do Now?

• Be aware of the times when you’re multi-tasking. There’s a good chance you might do it so much that you don’t even notice when you’re doing it.
• While on the computer, I use an app called Focus at Will to help sustain my attention. Close multiple tabs and browsers.
• When your phone rings, you don’t have to pick it up… that’s why voice mail was invented!
• Don’t respond to ever “ding” that you hear signaling a text, finish the task at hand first.

Teens and Multitasking
Experts also suggest that the negative impact of chronic, heavy multitasking might be the most detrimental to adolescent minds. At this age, in particular, brains are busy forming important neural connections. Spreading attention so thin and constantly being distracted by different streams of information might have a serious, long-term, negative impact on how these connections form.
It is never too late to take care of yourself. No matter when you start, the benefits are scientifically undeniable. Memory loss is determined in large part by all the choices we make and all the experiences we have along the way.

Alzheimer’s is a disease that begins in the brain twenty to thirty years before any symptoms emerge. The choices we make today impact our future. Taking care of our brains takes perseverance. It takes discipline. It takes presence.

The majority of the research in this blog was summarized from The XX Brain by Lisa Mosconi and Maria Shriver. I highly recommend taking a deeper dive into this well researched book. 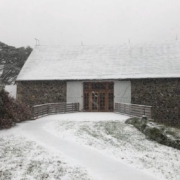 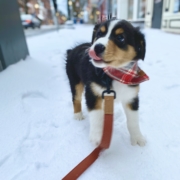 Happiness-Marriage and Winston of West Chester 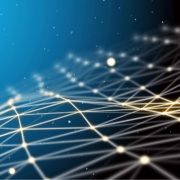 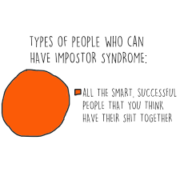