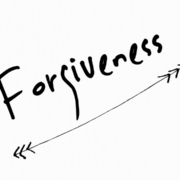 For those who can’t find an Interactive Barney or afford a 40- inch “home theater, “it’s still possible to give a meaningful gift at Christmas.

Try forgiveness.
Forgive the trash man for crushing the lid on your garbage can, the mechanic who sold you a complete exhaust system when you only needed a muffler, the beautician who made you a redhead instead of a blonde.
Forgive the welshers, the slow-ay, the no-pay, the Chapter Elevens, the bankrupt, the guy who borrowed five bucks and never paid it back.
Forgive doctors who didn’t give you enough time, lawyers who charged you for too much time, and the entire judicial and health care systems. You might even forgive “managed care” if it doesn’t manage to kill you first.
Forgive your Neighbors for having rotten kids, a better lawn and more outdoor Christmas lights; for letting their dog run loose, for parking in “your” space, and making noise when you’re trying to sleep.
Forgive your friends for being busy, for not calling or writing for putting someone else first.
Forgive those who lied to you, or told you the truth, and it hurt. Forgive the pessimists and the optimists, the angry and the arrogant, the incompetents and those who lack ambition, the surly clerks and the ones who can’t make change.
Forgive the social worker wo no longer cares, the income maintenance worker who strictly follows the guidelines, he agency that’s out of money, the system that degrades.
Forgive the politician who takes from the poor, who don’t vote in order to give to the comfortable, who write him checks.
Forgive the gripers, the vipers and the vindictive.
Forgive the Editor for not calling you back, for not solving your problem, for not being perfect.
Forgive the powerful, the powerless, and your successful competitors. Forgive the perfect and the imperfect.
Employees forgive your bosses. Bosses forgive your employees. Self-employed, forgive your customers. Unemployed, forgive the persons who restructure you out of your job and the people who won’t even interview you because you’re 45.
Forgive your mother-in-law, your father-in-law, your brother-in-law, your sister-in-law. They didn’t ask you to be art of their family.
Forgive grandma for meddling, for forgetting, for being set in her ways.
Forgive grandpa for bad driving, for his rough beard, for not paying attention.
Forgive your ex-wife for hating you, for looking better than ever, for dating, for marrying a man with more money, for looking happy.
Forgive your ex-husband for ignoring you, for losing weight, for being successful, for marrying a younger woman, for taking her on vacations he never took you.
Forgive your sister for borrowing your clothes, for being slimmer, prettier and conceited, for being your father’s favorite for flirting with your man.
Forgive your brother for teasing, for swiping your Metallica CD for getting taller than you, for being your mother’s favorite, for moving away.
Forgive your daughter for not changing the cat litter or doing the dishes, for playing her radio too loud, for too much makeup and not enough common sense, for horrid taste in boyfriends and for being selfish and inconsiderate.
Forgive your son for not cleaning his room or taking out the trash or walking the dog or picking up the tools or being reasonable or respectful or responsible.
Forgive your grown children for being critical and manipulative, for seldom calling.
Forgive your stepmother for being loved by your father for trying to be nice, for giving up.
Forgive your stepfather for. Marrying your mother, for trying to be boss, for giving up.
Forgive your stepchild for being suspicious and angry and arrogant and for withholding his or her love.
Forgive your mother for being cold, or too mushy, for not understanding, for working and being too busy, for sticker her notes in your business.
Forgive your father for not caring, or caring too much, for being cheap, or broke, for always being at work, and for not being able to make everything turn out all right.
Forgive the person who was going to marry you but changed his or her mind; the guy who remembered your birthday but forgot to tell you he was married; the gal who accepted those expensive gifts, and then decided you weren’t her type.
Forgive your wife for being extravagant and tired, for lack of attention, for placing the kids first, for forgetting your birthday, for not wanting sex last night, for putting on a little weight, for not being your mother, for being PMS and watching QVC.
Forgive your husband for not earning enough money, for being thoughtless and boring, for slowing down, for not shaving on Saturday, for losing his hair, for beer breath, for forgetting your anniversary, for sneaking a glance at that young woman behind the cosmetics counter.
If there are some people you don’t not need to forgive for anything, for goodness sake, thank them.
And if you know of anyone who is alone this Christmas, give ‘em a call. 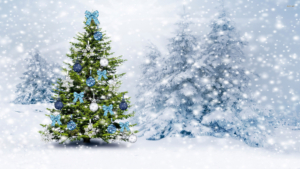 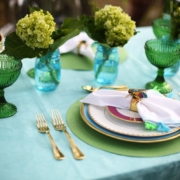 Another Mother’s Day - The One No one Talks About 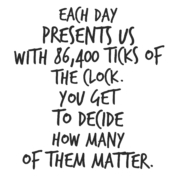 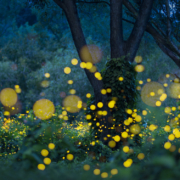 The Ten Things: A To Do List for Restoration
0 replies